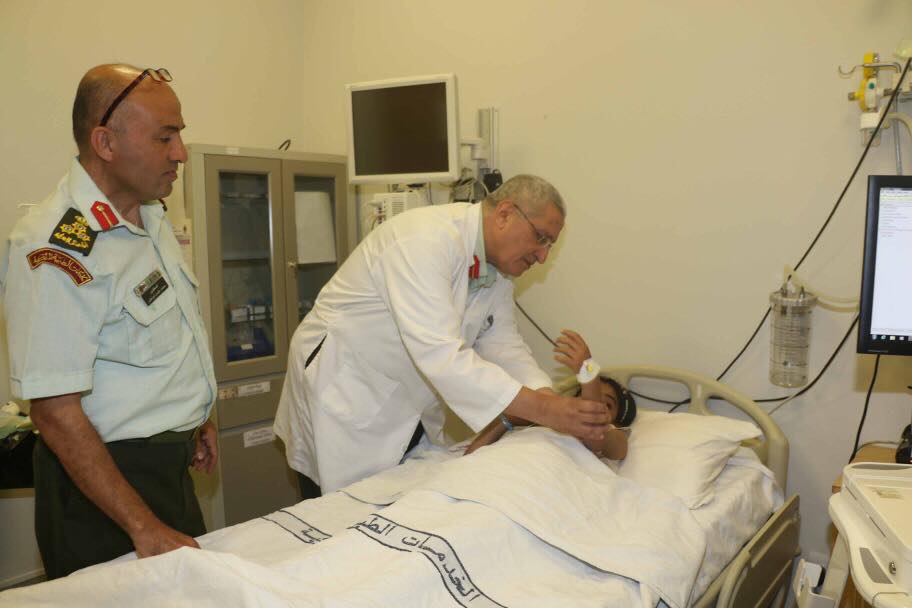 AMMAN – Stem cell transplantation carried out by the team of immunologists at the Queen Rania Al Abdullah Children’s Hospital in Al Hussein Medical City ended the suffering of two children suffering from incurable diseases for years. “The first case of a 16-year-old child with chronic childhood arthritis caused severe pelvic injury and the inability to move normally,” said Dr. Adel Wahdna, head of the Immunology and Immunology Department.

He explained that this situation was not responsive to the treatments given to them according to the global protocols used in the treatment of such cases, which led us to use the technique of injection of stem cells in the pelvic hinge of the same patient, noting that after the injection of stem cells returned the basin significantly to the natural position, which enabled the child to perform his functions as usual and to exercise his life naturally and better than before.

The second case (IPEX) of a two-year-old child with a severe immunodeficiency syndrome and associated with blood sugar, skin eczema and postpartum infestation, the bone marrow was taken from his brother and implanted in the patient where he returned normal immunity and hair after growth began to grow and improve the skin The baby’s need for insulin is much lower than in the past and the baby no longer needs to be hospitalized because of diabetes. He pointed out that the bone marrow transplantation is carried out in cooperation with the Arab Stem Cell Center, which in turn purifies these cells, a specialized center that is associated with the Royal Medical Services in this field.

Al-Wahdna noted that the bone marrow transplant unit at Queen Rania Al Abdullah Children’s Hospital opened in 2012 and carried out 320 cases of HIV / AIDS, 25 to 30 cases per year.